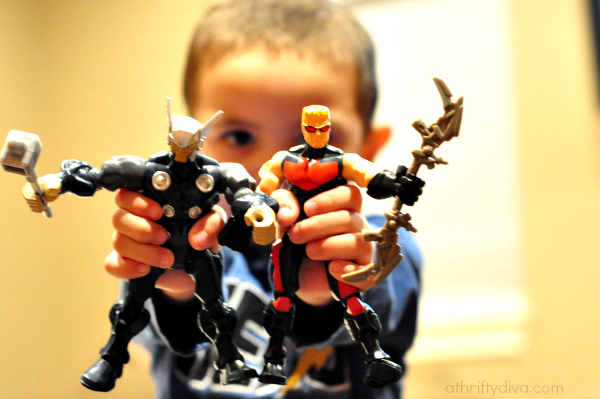 This is part of a product review campaign with Latina Mom Bloggers and Hasbro; complimentary products were provided.  However, all opinions expressed are my own.

Hide the iPads, take the batteries out of the Xbox controllers and hand your little one a new Hasbro Marvel Super Hero Mashers.  There is a whole new world of superhero mayhem to be had. Toys are a wonderful way to encourage pretend play, inspire and tempt the imagination.

If I asked my five year old what superhero he wished he was, it would be a toss up between Thor and Iron Man.  Give him the new Hasbro Super Hero Mashers and he can control his destiny.  Merging his favorite characters into the ultimate HERO.

The customizable figure make Thor the most powerful with Iron Mans launching missile arm.  And wouldn’t Iron Man be more especial with  a Hulk head! 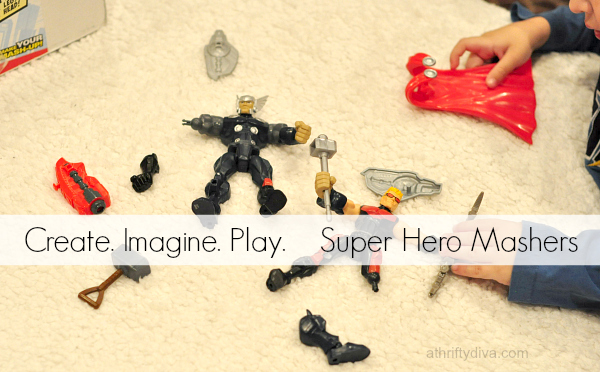