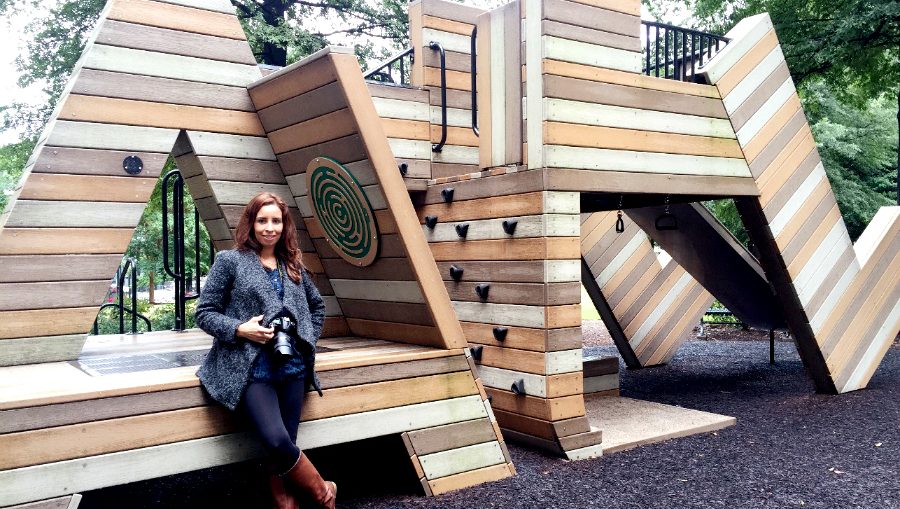 Thanks to the travel influencers summit (Sitsum) I have the ultimate list of things to do in Atlanta Georgia. I fell in love with the idea of visiting Atlanta, before I had even been there. The entire city is full of art, culture and has a rich history. Luckily I received a Sitsum travel influencers invite and was able to move my schedule around and take advantage of 2 full days in Atlanta Georgia. I had the pleasure of staying at the Midtown W hotel which was a great area to stay in and be in the center of everywhere I wanted to visit.

The City pass allows you to take advantage of the big Atlanta attractions without spending a fortune on full price single day tickets.  It’s a book of 5 attraction tickets at a discounted rate. The Atlanta city pass includes a one day ticket to the Georgia Aquarium, World of Coca-Cola, CNN Studio Tours and your choice of Zoo Atlanta OR Center for Civil and Human Rights and Fernbank Museum of Natural History OR College Football Hall of Fame. The citypass Atlanta booklet is only $75 for adults and $59 for kids. 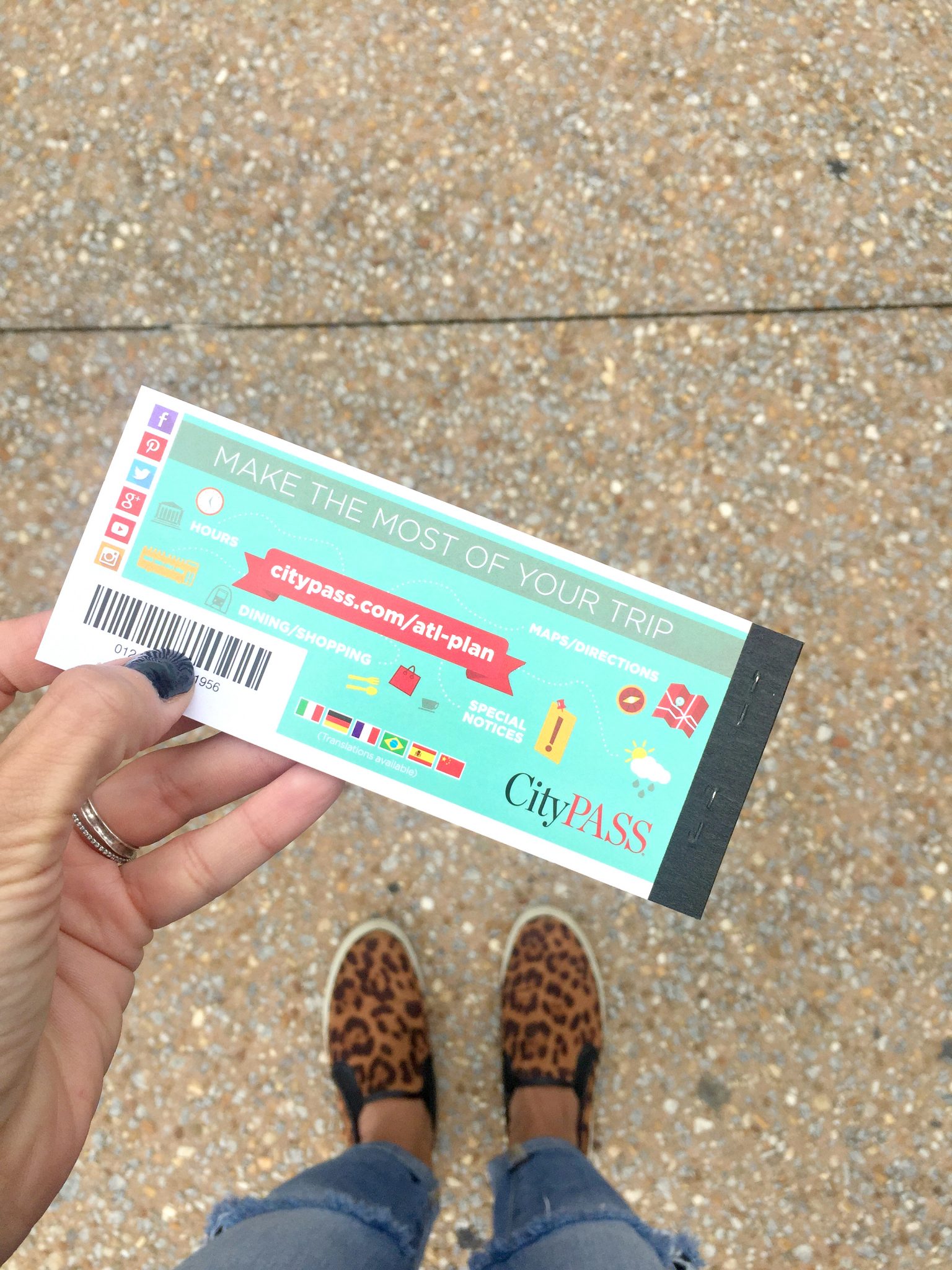 Things To Do In Atlanta Georgia

The World Of Coca-Cola was the perfect escape from the chilly rain we experienced.  Not only did I learn the history of Coca-Cola, I also had fun testing out Coca-Cola products from around the world. With over 100 flavors to taste, it was fun to indulge in the flavors around the world. Take some tissues I wasn’t the only one to tear up in the theater, those Coca-Cola commercials… ahh so sweet.  The World of Coca-Cola is perfect for all ages. 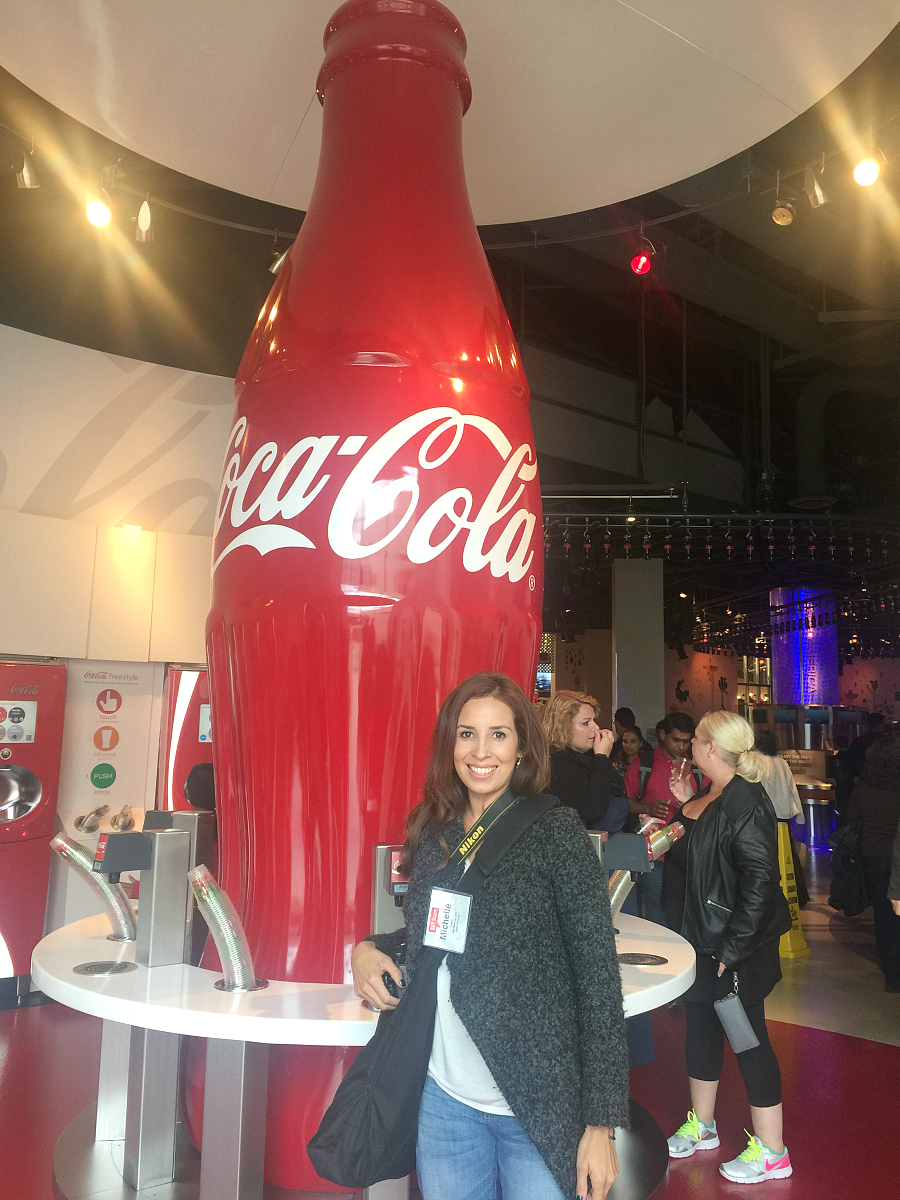 I was worried the aquarium might be too kiddie for me, but boy was I wrong. I was in awe of this gorgeous aquarium. The majestic whale sharks, beluga whales, sea otters and the penguins are amazing to watch. I even crawled into the Penguin watch for a face to face. I love how everyone soaked in the whale shark tank, I sat there for a good twenty minutes enjoying the view. 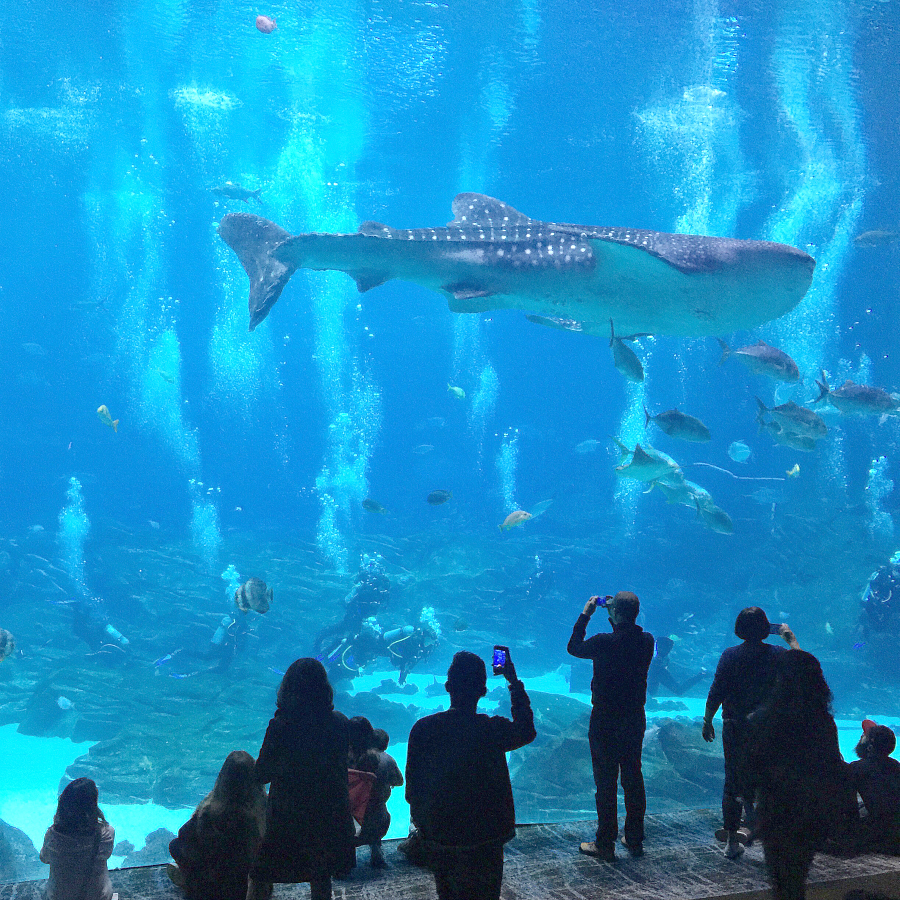 The art installations are amazing and can be found in the parks. If you are ready to take in the art scene grab a bike and venture through Freedom park. It’s a picturesque hub that is connected through trails into downtown Atlanta, Inman Park, Old Fourth Ward, and many more. The One Woman Rising statue was my favorite. 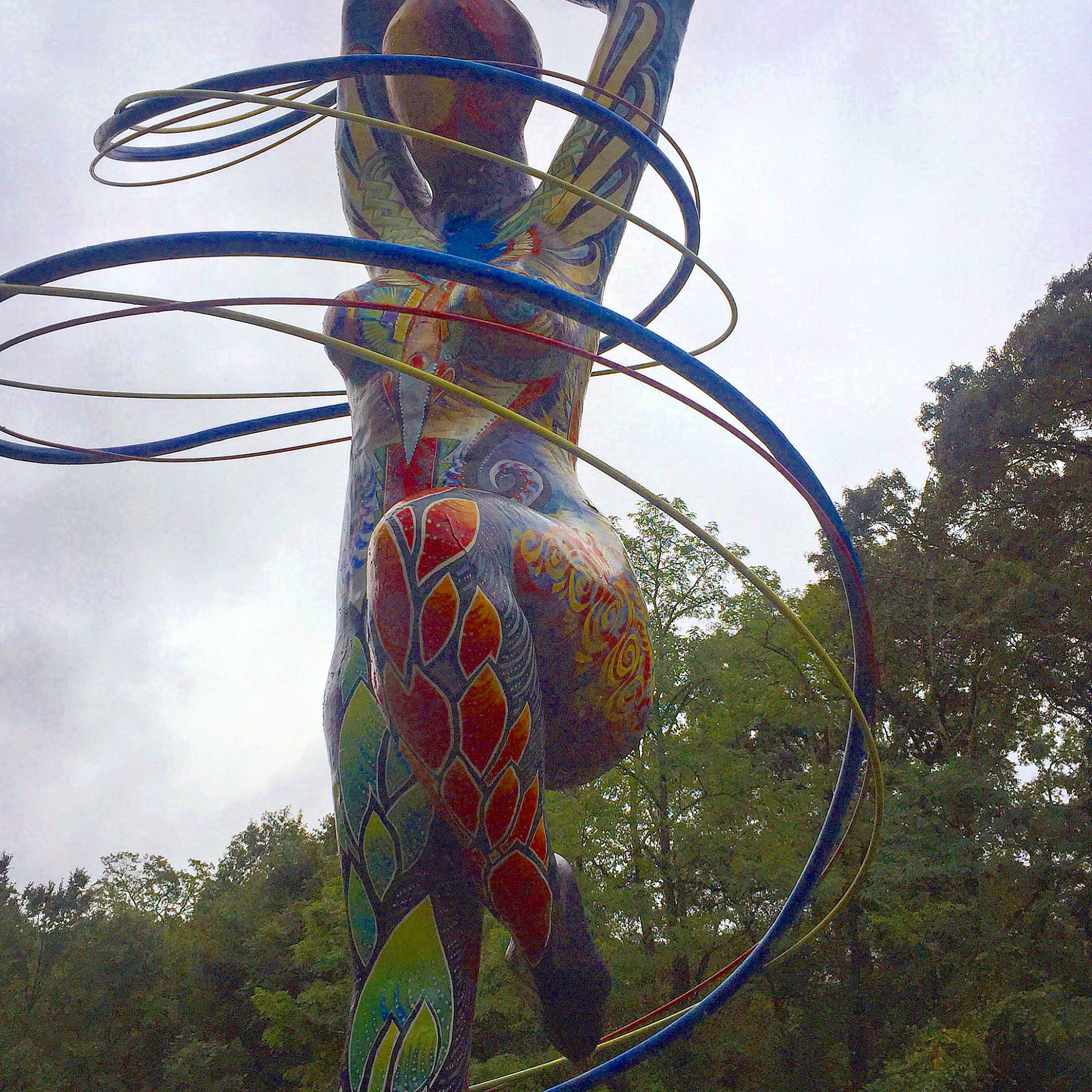 Keep an eye on the Piedmont Park calendar, because it is a gorgeous park that hosts a multitude of events year round. Stop in and do some sightseeing, people watching, swimming and a peek at the dog park. The view at Piedmont park boasts a picturesque skyline as well and a great backdrop to a picnic in the park. I ventured to the park on a Thursday mid-day. It was quiet and unlike the bustle of a weekend.

I don’t think my trip would have been complete without a trip into downtown. The park is gorgeous, I loved the fountains, ATL playground, adults playing chess and shady spots to sit and enjoy. I have heard people rant about the sketchy people that are out and around. I didn’t witness anyone that made me uncomfortable, in-fact there was some police presence across the way from us patrolling the area. 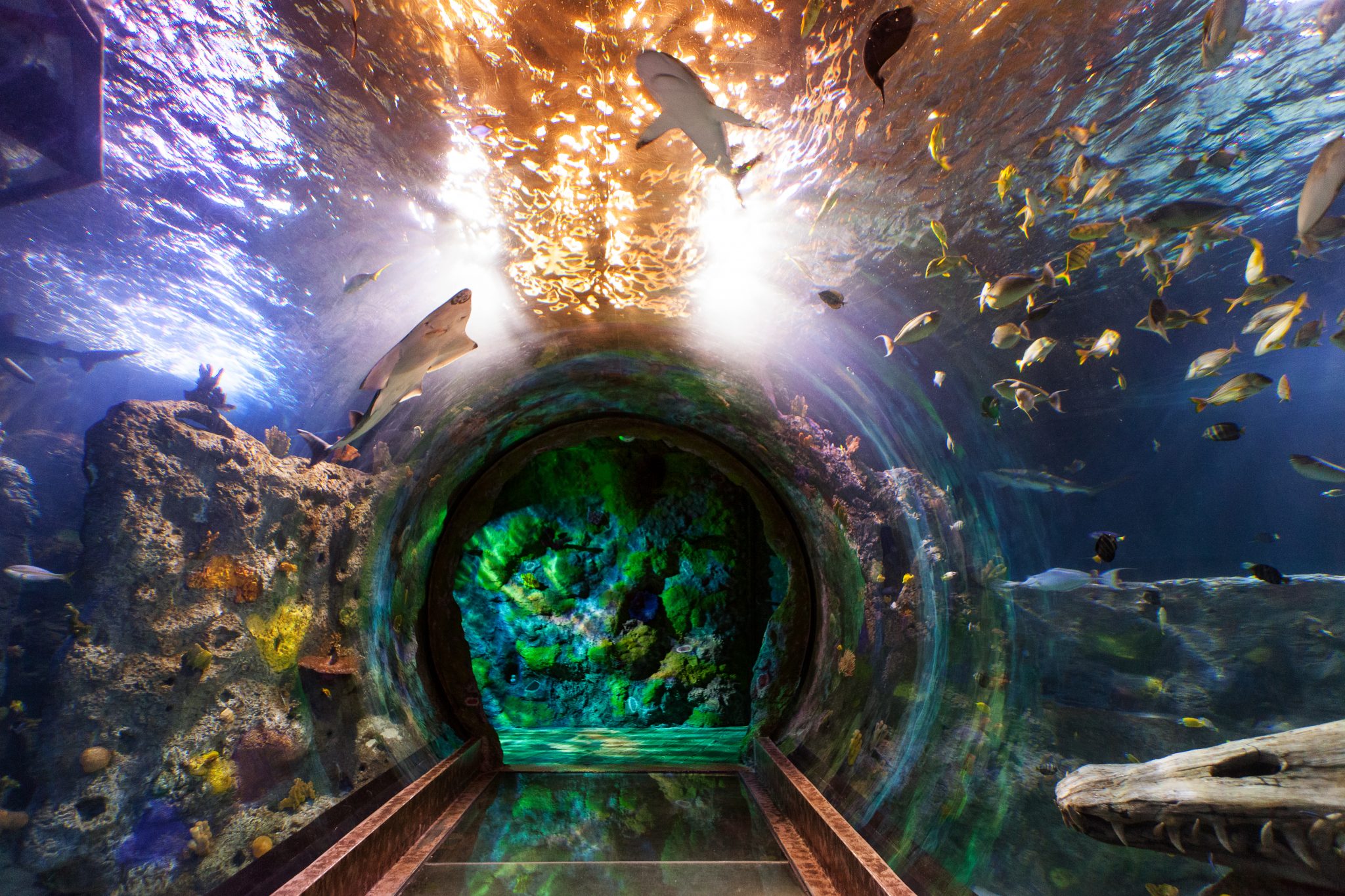 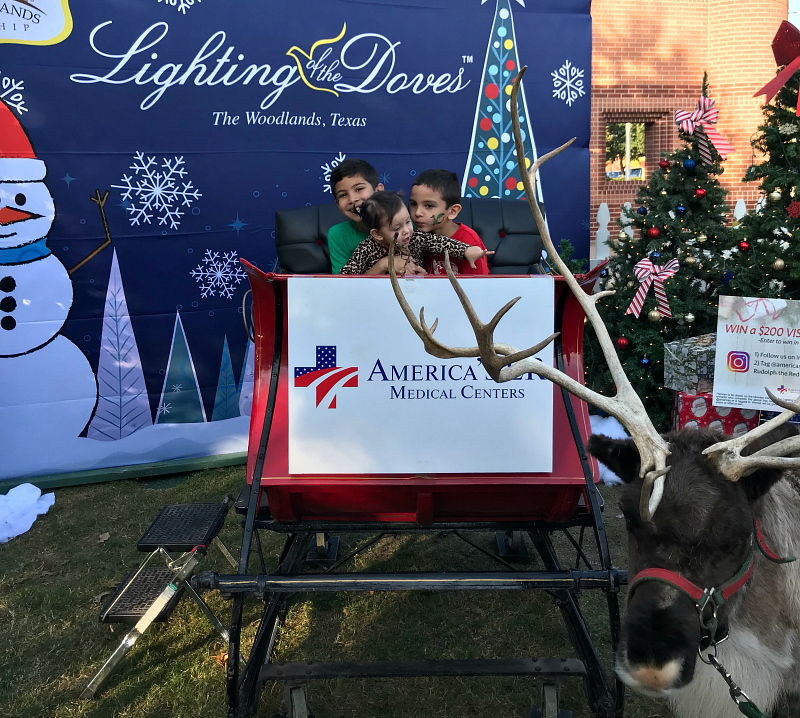 A Road Trip To Visit The Woodlands, Texas #VisitTheWoodlands